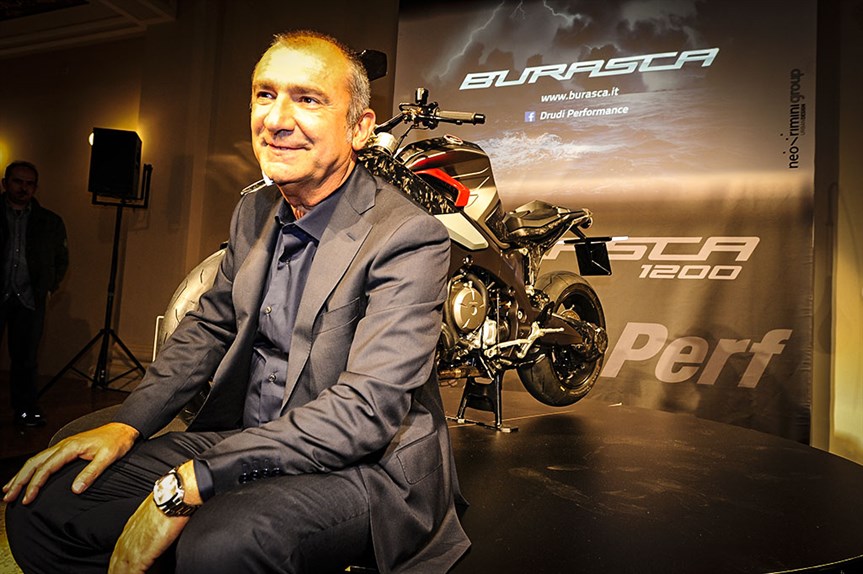 A presentation in style, staged at the Teatro Galli of Rimini, in front of the MotoGP riders and various celebrities including famous comedians. So was the debut of Burasca 1200, the special investment since the Honda VFR 1200 that Aldo Drudi dreamed of since childhood.

Aldo Drudi, best known for being the helmet designer Valentino Rossi is one of the most illustrious sons of the “land of the” Emilia Romagna engines: no wonder, then, that in the foyer of the Rimini theater c ‘ were many of the most notorious figures of the MotoGP paddock: by Ciabatti and Tardozzi at Ducati Meregalli Yamaha, through Carlo Fiorani of Honda (partners of the initiative) and Paolo Simoncelli and also many familiar faces from television and comedy as Paolo Cevoli Sergio Sgrilli or Fabio De Luigi.

The Burasca is a bike that looks to the future in the components but which has very strong roots on the present, with some reference to the past. The line is “futuristic” but not too much, because for Drudi is important to understand where we started to get to the final version. Very important was the time used to give weight General ergonomics, driving position (more advanced than the standard VFR) and handling characteristics.

ZADI has proudly participated in this futuristic project by providing some components for the lighting to be applied on this beautiful design exercise.